DECK SPECS: Decks consist of a thank you card, 78 tarot cards (22 Majors and 56 Minors), an extra (alternative) Ten of Swords, one mystery art card in keeping with the theme of the deck (the mystery art card will be exclusive to the first printing of this deck only) and two, double-sided reference cards. The deck is protected by two blank cards.

The cards measure 70mm x 120mm (2.75" x 4.75"), with white borders and rounded corners. While the back of the cards aren''t reversible, it doesn't mean that you can't read using reversals. We encourage you to use this deck in whatever way suits you best.

The cards are housed in a light green, 350gsm tuck flap box (with an easy to open lid and a glued base); the tuck box is beautifully embossed in black veggie-based ink in a woodland design.

Since we want to keep Smoke, Ash & Embers as eco-friendly as possible, there is no physical guidebook that accompanies this Tarot deck, and there are no plans for one. Instead, we include two double-sided companion reference sheets featuring keywords that thoughtfully depict the nature of each card, allowing the deck to be read intuitively.

There is an accompanying PDF guidebook which can be requested upon proof of purchase.

THE MAJOR ARCANA: Many of the Majors are distinguished by their dark, mystical skies, which emphasise the Major Arcana's importance.

THE MINOR ARCANA: The Cups are water-based and quite playful. The dragons in this suit have little webbed feet, gills and a frog-like appearance. The Pentacles are earthy and grounded. Many of the dragons in this suit have leafy scales and a strong connection to the forest. The Swords are airy and a bit serious. This suit is illustrated with dark colours and black, winged dragons. The Wands are fiery and curious. Here, you’ll find lots of reds, smoke, fire and fog.
#SmokeAshEmbersTarot The Art of Adventure Tarot Deck 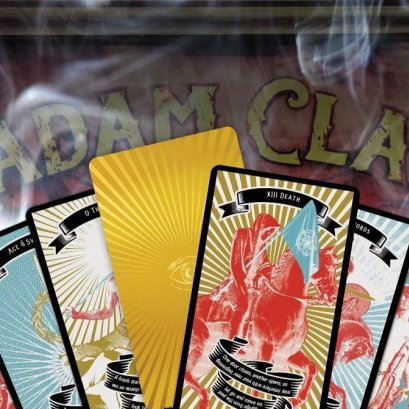 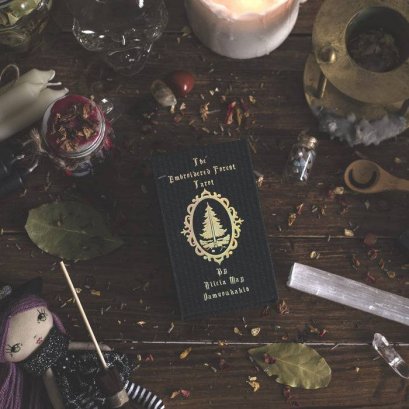